Corporate insolvency: How new additions to the toolkit stack up

The new procedures created by the CIG Act – the moratorium and the Restructuring Plan – both add new features to the corporate insolvency landscape in the UK, while the essential supplies measures, which will help insolvent companies to continue to receive supplies necessary for either trading during the insolvency process, or an orderly wind-down, should make it easier for the insolvency and restructuring profession to rescue potentially viable businesses, and in doing so to return more money to creditors.

The Government is keen to improve the UK's standing in the World Bank's 'Resolving insolvency' rankings (the UK was 14th in the most recent table), and it hopes that the new Act will help to advance the UK's international reputation as a centre of insolvency and restructuring expertise, with a flexible framework which appropriately balances the competing needs of different parties, and promotes opportunities to rescue businesses.

This post will look in brief at the new procedures and the changes to essential supplies, and will also look at the existing corporate insolvency procedures from a business rescue point of view, including ways that they have been adapted by the profession to suit different circumstances.

The moratorium is a new tool available to distressed companies (both solvent and insolvent), to provide them with a short breathing space, free from creditor action, to look at options for resolving the company's financial issues. It will be overseen by a monitor, who must be a licensed insolvency practitioner, who will keep the moratorium under review. The moratorium lasts for an initial 20 business days. After that it can be extended in several ways, by up to 12 months, or even more with the consent of the court. It is expected that the moratorium will mostly be used by smaller to medium-sized companies, as any entity with over £10 million in capital markets arrangements is ineligible.

The Restructuring Plan, meanwhile, is more likely to be used by large companies: it is a new, standalone tool for insolvency and restructuring professionals to facilitate the restructuring of the finances and operations of financially distressed companies using a flexible, court-supervised process. It introduces a cross-class cramdown feature to the UK insolvency and restructuring landscape: that is, a Restructuring Plan can be sanctioned by the court even if a class of creditors has voted against it, provided that a class with a genuine economic interest has approved the Plan, and none of the dissenting class would be worse off than they would be in the event of the most likely relevant alternative (such as administration or liquidation), in the court's assessment.

The CIG Act has also made termination clauses unenforceable in most situations. Sometimes called 'ipso facto' clauses, these are provisions within contracts which allow a supplier of goods or services to terminate supply or change the terms of the contract (such as giving less time for invoices to be paid, or increasing prices) if the customer enters an insolvency process. Prior to this change, the task of rescuing a business was sometimes made more difficult or impossible if such clauses were used, as they removed the option of trading through the insolvency period, or prevented a more orderly wind-down, reducing returns to all creditors. Suppliers have the right to apply to the court if they believe that a termination clause should still apply after insolvency; if the court agrees that continuation of supply would cause "hardship", the contract can be terminated.

The three main types of existing corporate insolvency procedure in the UK are, in descending order of frequency of use, liquidations, administrations, and Company Voluntary Arrangements (CVAs). All are well-established, and have substantial bodies of case law behind them to clarify certain points; it will be some time before a similar position is reached regarding the new CIG Act procedures.

Liquidations are self-evidently least likely to end in company rescue, although sometimes discrete parts of a company may be sold as self-contained businesses during a liquidation process. Administrations and CVAs, meanwhile, are the procedures to which the insolvency and restructuring profession turns when there is a prospect that the company (as an entity) or business (in whole or in part) can be rescued. Insolvency does not have to mean the end of the road - a message we think is especially important in light of the huge economic disruption caused by the pandemic.

Although CVAs are relatively few in number, making up just 2% of corporate insolvency procedures last year, the procedure is often under the spotlight as it is often the tool of choice for restructuring retail and restaurant chains with many outlets. This high-profile use of CVAs gains a disproportionate but understandable amount of attention (even though most CVAs are used for SMEs), and has developed since the procedure was introduced, as a way of trying to turn around distressed companies with a large high street footprint. R3's CVA report from 2018 sets out how - even if they are terminated before they achieve all their objectives - CVAs often return more to creditors than would be possible under other procedures, or otherwise are more beneficial for creditors than an administration or liquidation. The existing directors of a company play an important role in a CVA, while an insolvency practitioner acts as supervisor to the process, to safeguard creditors' rights and to try to effect a turnaround of the business.

Administrations, too, are primarily intended as a rescue procedure, with the first objective of the procedure the rescue of the company as a going concern, if possible. The flexibility of administrations is demonstrated by the emergence of a distinct sub-'type' of administration which is not written into the legislation, but which has nevertheless developed as a result of case law, and administrators' determination to get the best returns for creditors: namely, pre-pack administrations.

In a pre-pack, a company or business is sold to a new owner as soon as the administrator is appointed, following a pre-appointment marketing process to find the most suitable buyer. By arranging the sale before appointment, more value can be realised for creditors than through other means, while jobs are saved as they can be rolled over without interruption to the new entity. The process is strictly regulated and scrutinised, with insolvency practitioners who undertake pre-packs having to follow SIP 16's stipulations - or face action from their regulator.

Restructuring can also take place outside formal procedures and processes, and the UK benefits from a well-established and highly accomplished restructuring community. From financial restructurings, where a company will scrutinise and rearrange its funding arrangements, to operational restructurings, where everything from procurement to everyday operations is put under the microscope, to the Scheme of Arrangement - a court-based restructuring process which falls outside the purview of the Insolvency Act 1986, and which is used by large multinational companies with highly complex debt and corporate structures - there are many options for directors who want to modify or streamline the shape of their company in order to ensure its continued existence.

The most important part of the picture, however, is - as ever - directors' willingness to seek advice from an expert source, in order to choose the most fitting option for their company's situation. Thinking ahead is more vital than ever in these uncertain times, and early action to address financial issues can only help to improve a company's survival chances. Working together with the insolvency and restructuring profession, directors can put together plans to see them through whatever might be thrown at them in coming months. 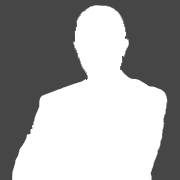