On International Women's Day 2021 (March 8), R3's London and South East Region's Women's Committee once again organised an event to allow attendees to hear from a powerful and inspiring guest speaker, Dr Pippa Malmgren. Dr Malmgren has advised everyone from President George W Bush on economic matters, as a member of the National Economic Council, to the UK Government on Brexit, so it was a real treat to listen to her share her thoughts on everything from the need for imagination to the wider meaning of self-care.

The event started with introductions from Sarah Forbes, a Senior Manager at event sponsor BDO and a long-standing member of the LASER Women's Committee, and Sarah Rayment, a Partner in the firm's London Business Restructuring Department. Sarah Rayment discussed how diversity and gender balance are a priority for the firm, and how much better the gender balance is now than when she started her career in the late 1980s, when senior female role models were very thin on the ground. There is, of course, still a lot of progress to be made, as this year's IWD theme - "Choose to Challenge" - makes clear, asking us all how we will act to help to forge a "gender equal world".

The importance of diversity in organisations 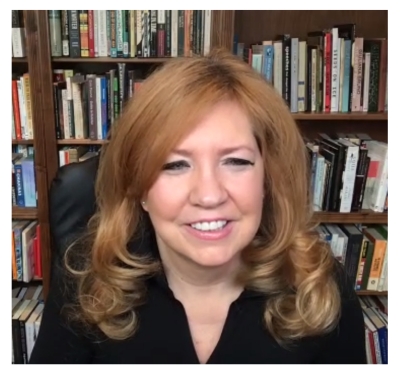 Dr Malmgren then took centre stage, starting with some reflections on her time as an economic advisor in the White House at the time of the Enron bankruptcy; at the time, she did not feel that her gender was a materially different fact, but in retrospect she later reconsidered. Diversity, as has been proved by numerous academic studies, improves organisational performance, while skillsets typically coded as 'feminine', from community-building to empathy and compassion, are more vital than ever for modern leaders, in the world of business and beyond.

Within the workplace, existing barriers identified by Dr Malmgren include the tendency to confuse confidence with competence, which leads to quieter voices - typically those of women and people from minority groups - not being heard as clearly, thus losing their insight and unique perspectives.

On the economic picture, Dr Malmgren predicted that the recovery from the pandemic would be "quantum" rather than linear, with several different trends coming to bear simultaneously. As in the Roaring Twenties, after the First World War and the Spanish Flu, there is likely to be a group of people who have not suffered financially who will engage in conspicuous consumption. However, their opposite numbers - who, a century ago, were easier for politicians and the establishment to forget - will need to be paid attention to, which is helped by the near-universal adoption of the smartphone, giving everyone, in theory, access to a global platform.

Dr Malmgren also noted that the recovery phase for the economy will require lots of deployment of imagination in the workplace. In the past, it was analytical skills - looking at patterns in data, and applying them to the future - which were prized, but with levels of uncertainty so high, and with Covid and Brexit changing the situation for businesses all the time, looking at data, which is always necessarily a snapshot of a point in the past, will not help to work out the best ways forward. Instead, organisations should look to encourage imagination as a way of discerning signals of what is to come, and using that to gain advantageous positions. A diverse team will once more be key to this process.

Embracing digitisation and a global outlook

In a world where keeping up with information is more or less impossible for humans, thanks to the speed with which what we know about the world multiplies, Dr Malmgren advised an embrace of digitisation, with the very format of the morning's webinar an example of how knowledge can be shared through means other than the written word. She predicted that the next big change in the form of money - as significant as the change in the early 19th century from tally sticks to paper money, helping shortly thereafter to finance the Industrial Revolution - would be towards digital currencies, with blockchain technology a paradigm shift. The challenge for legislatures is how to keep up with developments in the digital world; Dr Malmgren is speaking to several UK politicians about how the law can keep up, but acknowledged that the wheels of legal change sometimes grind slowly.

On the topic of reasons to be optimistic, Dr Malmgren noted that Brexit has handed the UK a chance to draft its own laws, which, she says, can more nimbly keep up with new developments in technology and practice. The respect for the British legal system around the world is nearly unparalleled, which should - she hoped - prove to be a significant material advantage for the UK's professional services sector.

Asked how she defines self-care, Dr Malmgren answered that to her, what is important is to take time out from the workplace to reflect - a habit which, seemingly paradoxically, makes her more productive, as this gives her the space needed to come up with fresh approaches to problems and disruption. Spreading and sharing these new ideas is how we can all make a difference - in our homes and our workplaces. 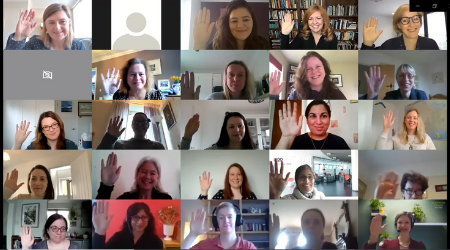 Finally, when considering how men can help to boost women's inclusion, Dr Malmgren returned to the topic of how diversity helps the bottom line, as well as being the right thing to do. It is not just technology which is changing the world; new ways of thinking, boosted by phenomena such as the #MeToo movement, are changing how we think, with actions which once held women back becoming increasingly unacceptable. Men who want to be good leaders also need to realise that empathy and a high 'EQ' are vital tools for them as well.

The day wrapped up with a brief thank-you from R3's Head of Technical, Training and Education, Caroline Sumner, who announced the launch of R3's joint project with the Insolvency Service on boosting diversity and inclusion (see our press release here). This project is an exciting opportunity for the taskforce to work with the profession to identify and address the barriers to entry and progression within the workplace so that, as Caroline said, the profession better represents "the diverse communities we serve".