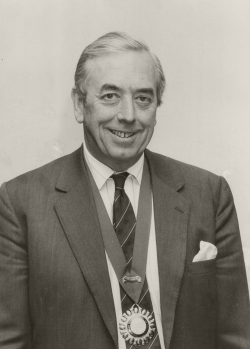 SPI's founding goes back to the Insolvency Act 1986, which brought in licensing and exams for IPs. Six separate bodies of accountants and lawyers plus the IPA and the government's Insolvency Service were authorised to issue licenses. Of the 2,000-odd licenses issued, the overwhelming majority were ICAEW and IPA. Probably less than 1% of the members of the accountancy and legal bodies were interested in insolvency. Thus these separate bodies had little incentive to provide comprehensive insolvency training for their members. The IPA had developed a training programme for its members and students but the other bodies were understandably reluctant to delegate to the IPA responsibility for training and general representation of the insolvency profession. It therefore seemed sensible to develop a separate independent body to take over these roles.

After a few months of discussions, the ICAEW and the IPA agreed to form SPI with the hope (eventually realised) that all the other licensing bodies would in due course support it.

We got a bit of cash from the Institute and the IPA to set up SPI, but the finances were a concern at first, and we needed to sell lots of courses. The first year was touch and go, but thanks to a marketing campaign, it took off. I travelled a lot. As well as attending all the regional group meetings in England and Wales, I also spent time in Edinburgh, Belfast and Dublin to try to cement relationships with their accountancy bodies and attending some of their seminars. In addition I was able to promote SPI at conferences in New York, Calgary, the Algarve and Moscow, and we also had a successful first SPI annual conference in Garmisch-Partenkirchen in Bavaria. My 'year' in office actually 15 months; I was President of the IPA at the same time, and initially we shared an office on Long Lane near Covent Garden in London, although not for long. The creation of SPI elicited interest from the DTI and the Insolvency Service - they were keen for there to be one body, and the Inspector General Peter Joyce, the Service's director, was very engaged. 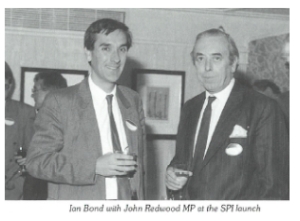 There was a launch party in the Howard Hotel in London for SPI - we got the great and the good along, including John Redwood, who was then minister for insolvency at the DTI. Ministers didn’t tend to last very long with the brief; virtually every nine months or so we would get a new minister. Some of them moved on to great heights while others burned out.

Our press relations people were Corporate Connections, and they were quite good at knocking together press releases, as well as developing good relationships with many media outlets. When the Maxwell problems became big news, I was wheeled out to talk about how liquidation works, what an administrator is, and so on, so SPI got quite a lot of publicity from that.

I did a fair amount of media appearances, including one very early morning slot after a big dinner at the Dorchester. I was picked up at a quarter to six by the BBC, but my bit ended up being delayed and delayed - I could have got a bit more sleep! You get used to media work in the profession on live TV or radio - knowing what the interviewer's first question is going to be helps you avoid a stuttering start. There was an MP for Tynemouth, Neville Trotter, who was a chartered accountant and an insolvency guy; we used to meet him regularly, and he put us in touch with other MPs and ministers.

I went to Moscow to speak at a conference while I was President: In 1991, the Soviet Union had just crumbled, and there were various people from around Europe talking about the future of what Europe could do for Russia. I was talking about insolvency, which was a new concept to most as the state had owned everything; I learned a valuable lesson: always have a script, for the interpreters. They don't like it if you extemporise or try and crack a joke.

I had a question posed by an attendee from a distant state who assumed that directors always go to jail; I said not always, and was then asked who gets paid first. I replied that it was usually the government, and the follow up question was what about the farmers, as 80% of the questioner's voters were farmers, and he would always make sure they got paid first!

Barbara Mills, then head of the Serious Fraud Office, was staying in my hotel, and tried to get me, Mr Bond, to go with her to visit the KGB - they declined, but I did visit the Kremlin, which was very impressive.

A highlight of my Presidency was the first annual dinner at Guildhall with 700 guests, delivering a speech from the top table where every Prime Minister and every Lord Mayor of London has done the same thing for very many years.