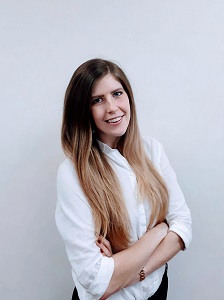 Alexandra Withers
Associate, for and on behalf of Short Richardson & Forth

Originally from Redcar, Alexandra moved to Newcastle upon Tyne to study law at Northumbria University, and graduated with first class honours in 2011.  Alexandra is now an Associate Solicitor in the insolvency department of Short Richardson & Forth, where she has built up a solid litigious insolvency practice.  Primarily acting for insolvency office holders, Alexandra is well versed in claims in misfeasance, unlawful distributions, antecedent transactions, wrongful trading, and fraud.  These claims are usually brought against former directors, shareholders and third parties, and more recently Alexandra has seen a rise in the number of claims against banks on various bases.

A lot of Alexandra’s heavyweight work involves complex investigations into companies, often with nothing more than bank statements as reliable sources of information.  These investigations can take a number of months and can require a complete reconstruction of a company.  In this regard Alexandra works collaboratively with insolvency office holders and third parties such as e-disclosure companies and forensic accountants in a bid to achieve the best returns to creditors.
Alexandra is Chair of R3’s North East region having been appointed in February 2020, and also sits on the committee of the Newcastle Business & Property Courts Forum.