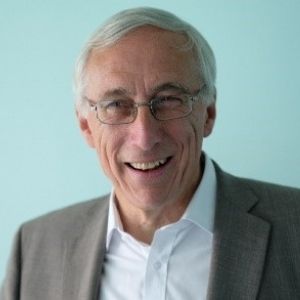 Stuart Hopewell, FCICM,  is a director of Pre-Pack Pool Ltd, the “directorate body” of The Pre-Pack Pool, taking up the post at its inception.

Having joined the original working party which was set up to implement The Pool in 2014, (a recommendation in The Graham Report), Stuart was appointed a director alongside Duncan Grubb.

Prior to retirement in 2016 Stuart was Credit Manager for FUJIFILM UK Ltd from 1989. Responsibilities included credit management for all Fujifilm sites in the UK and Ireland.

In 2006, Stuart was elected Chair of The Institute of Credit Management (CICM) and served in the post for 2 years. After 40 years membership with CICM he is now an Honorary Vice President.

Prior to Fujifilm, he worked in the banking sector in the 70’s  (at the time of decimalisation!) and as a Credit Controller and Internal Auditor for Du Pont UK during the 80’s.

It was during his time as a Credit Manager that Stuart became involved in Insolvency matters. He represented creditors on behalf of CICM (Chartered Institute of Credit Management) on various consultancy bodies involved with the Regulation of the Insolvency profession.